A busy stretch of days has kept me from the blog and many other things. Fortunately, I've kept running. Even last night.

Last night was hot. But it wasn't just the heat. It was also humid, but it wasn't just the humidity. The dew point was extremely high. The air felt like soup. New York Road Runners had a race, but they cancelled it. I hadn't been planning to run it, but it was terrifically hot and miserable - enough to be worried about one's safety - so I went for a run.

C ran with me and was caught in a brief explosion of rain that did nothing to ease the heat. Fortunately, I was still inside the lab listening to the thunder and changing into my shorts at the time.

I am used to sweating this summer. Between my under-adequate air conditioning unit, my record breaking broken AC subway car finding(50%), and the running, I'm usually pretty gross. Plus, this summer is much hotter than the last three. Oddly enough, my running times and temperatures (which I track) do not show this. I assume that this anomaly can be explained by my new 50 minute commute. I'm running even earlier in the morning adjusting temperatures down a degree or two.

Anyway, C and I ran in the park. C will be running with me in Portland. He has already broken the 4 hour barrier. I don't doubt he'll do it again. Anyway, Again, we were running past all the race preparations and all of the volunteers taking down the race preparations. As we kept plugging we noticed more and more runners making off with food and popsicles. And finally when we reach what would have been the finish line we found the treasure. Boxes and boxes of popsicles, intended for the finishers were quickly coming to temperature and were being given away. Not a bad way to refresh yourself mid run.

Not a great way either. But still, the colors were bright, the sugar content was high, and the wooden sticks came with really bad jokes printed on them. All in all, it felt like summer. Which made me remember prettier, less humid runs. Like the pictures of my runs on the beach. 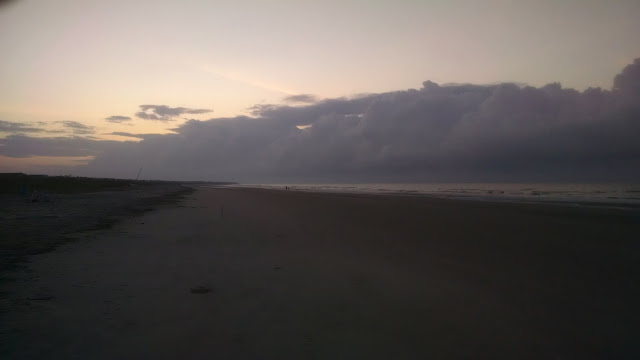 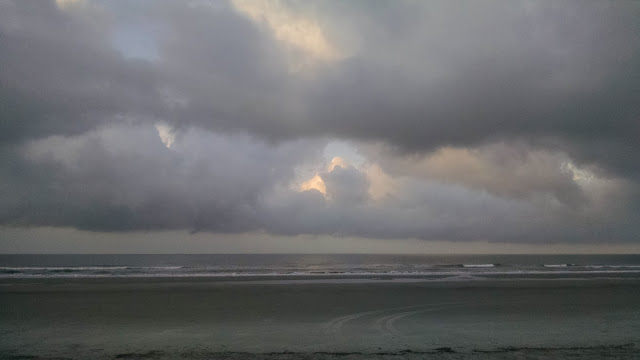 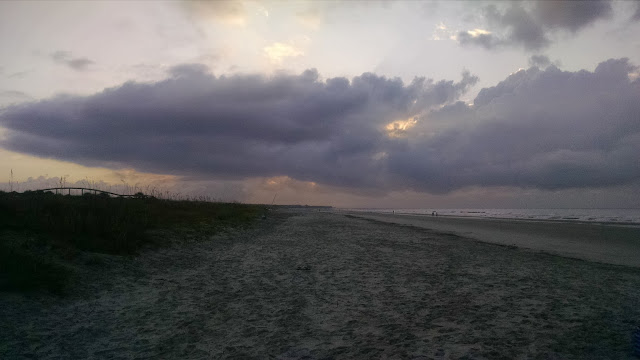 If you are still with me, I'll bring you up to speed on my speed. I look to be mostly on target for a 3:51:59 racing time. Or, I should say, I'm on target as one can be. I've now run two marathons and with that infinite wisdom I've learned that they are hard and can surprise you. Still, I managed to run a half marathon last weekend with decent time and in sub-optimal conditions (stopping every four minutes for traffic lights). It's the fourth from the last point (8:28 pace). The last point was the popsicle run. We stopped to walk and savor. 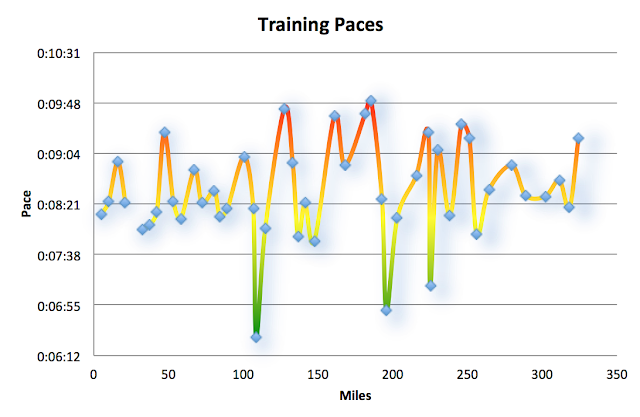 So get your donations in! Only so many more days. The summer is quickly fading. HOME and Fred's team could really use your help. And I know I do! Check out the marathon donation multiplier. Find out if that is for you! And donate today!
Posted by Andrew Lawton at 7:21 AM